How hard could it possibly be?

We bought our cottage in Snug Harbour in 2000, and installed three new 16-by-6-foot docks on blue Styrofoam billets. Twenty years later our property is littered with little bits of blue foam along our shoreline, – the need to do something is obvious and urgent for all of the environmental reasons cited in the GBA article.  But the article also suggests that the foam can somehow be encapsulated.  Even if encapsulating technology was available, this is completely impractical as the foam is disintegrating after 20 years.  However, the foam billets can be replaced with fully encapsulated floats, and this has become my 2021 summer project.  Some of our neighbours have been muttering – ‘what is that crazy guy doing now?’ The answer – replacing dock foam! After what seems like countless hours, with help from friends, one dock is finished. You are allowed to slow down and inspect it as you boat by on your way to Gilly’s. Check out the photo below. 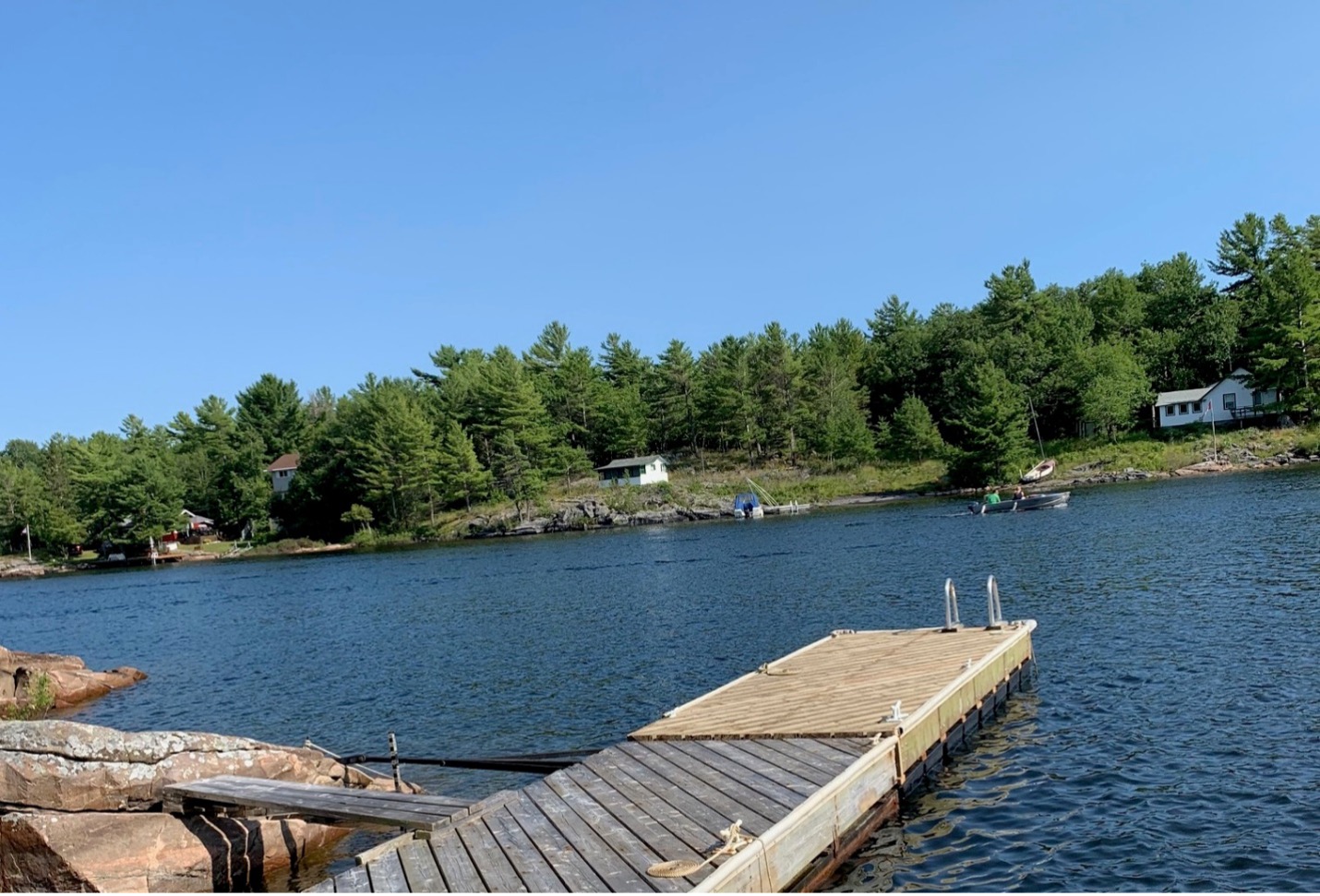 Here are some of the pros and cons we considered. Our initial reaction was to simply buy three brand new docks.  Costs range from four to five thousand dollars without installation or disposal costs of the old docks, which are destined for landfill after they are cut-up, for which there is a disposal fee. Yet most of the wood has been floating out of the water and is probably sound. We were upset at the thought of such waste.  So how hard could this possibly be to replace the Styrofoam with encapsulated floats? I decided to have a go at it.  I quickly realized that I could not do it all myself, and invited friends to the cottage with the lure of swimming followed by martinis on the deck.

Here are some practical details.  Premium Dock & Marine Systems in Parry Sound (corner of Oastler Park Drive and Bowes Street) sell fully encapsulated foam filled black plastic floats. For about a quarter of the cost of a new dock, you can buy eight 4-by-2 foot by 8-inch floats (‘AP8’s). Four of these fit each side of a 16 ft dock and provide 2000 pounds of floatation, which is more than the narrower and thinner foam billets.  Premium Docks recommend that the old dock should be flipped upside down before work begins.  It was easy enough to haul the old dock out of the water onto a gently sloping rock ledge.  But all attempts to flip the dock over failed. Not surprising, since the weight is pushing 1500 pounds, given submerged and now water-logged wood and cracked foam billets. So, the decision was made to strip the deck boards off with a crow bar and put them aside.  Then a spare 16-foot dock was used as a flat construction platform. The main 2-by-10 lumber was removed from the old dock, and if completely sound, was re-assembled on the construction platform, using sturdy steel corner brackets from Premium Docks.  While the new structure was taking shape, the remnants of the old dock were demolished.  The old foam, after drying out was hauled to the Killbear Dump for a dumping fee of $10. Three people were able to push the new dock structure carefully off the construction platform onto the rock ledge. Here, the eight new floats were carefully screwed into place on the 2-by-10 dock structure.

The same three people were able to inset three 12-foot 2-by-4’s under the finished dock structure with floats attached, and were easily able to lift one side and tilting it past the vertical towards the water, allowed the new dock to plop into the water the right way up.  All that remained was placing the deck boards ‘new-side-up’ and screwing them down with deck screws. Three weeks later one dock is done.

Easy! Not much work ha ha.