An argument with a sparrow – winning is not easy! 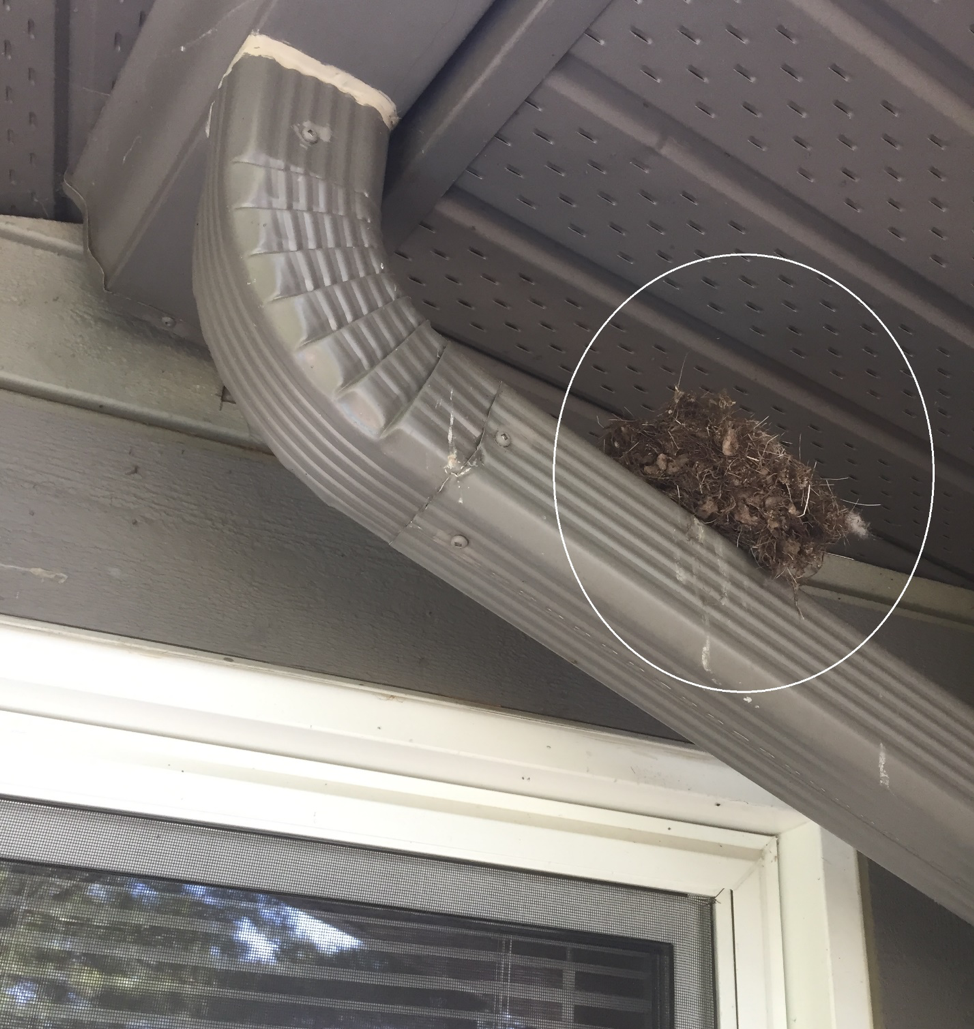 Our cottage in Snug Harbour has a 3-foot roof overhang – this was designed to limit sun heating in mid summer. What we did not appreciate was sparrows would rate the downspout that curves under the overhang as ‘prime-real-estate’ simply for the reason that it is fully protected from the rain. This spring as in previous years sure enough, there is a sparrow’s nest just above our outdoor shower. Both Judy and I are quite interested in nature and wish the sparrows every advantage. BUT when we realized that our outdoor shower area was being badly spattered by sparrow droppings – something had to be done. Sadly, we decided to take the nest down.  Out came the ladder and down it came! This was the start of a long argument!

To discourage it, I installed a piece of red shock chord one inch above the downspout to prevent nest #4 being built. Half an hour later I found the sparrow sitting on the shock chord looking at me with distain. I climbed the ladder to find that the base for nest #4 already under the shock chord.

What about science? I wonder if sparrows have ultra-sound hearing like mice do – as I have an anti-mouse device that emits an ultra-sound squeal. An extension cord and my anti-mouse device was hung from the down spout.  It made no difference, nest #5 went up. A google session confirmed that birds have similar hearing to us humans, so the ultra sound was useless.

What about chemistry? Try some cayenne pepper where nest #5 used to be. Half an hour later nest #6 was in place but 6 inches further along the down spout.

Finally, try engineering analysis and design! Obviously, the primary design goal is to deny the sparrow a fairly flay surface area on which to build a nest. Obviously, then we need to design a structure that only has vertical surface available for the birds. And so, a wooden frame was designed that sat on the sloping downspout, following up the wall, and under the roof overhang. On both sides of the frame a fine mesh screen was fitted and stapled. The result was that only vertical surface was left. The sparrows have not been back. There is no Nest #7.